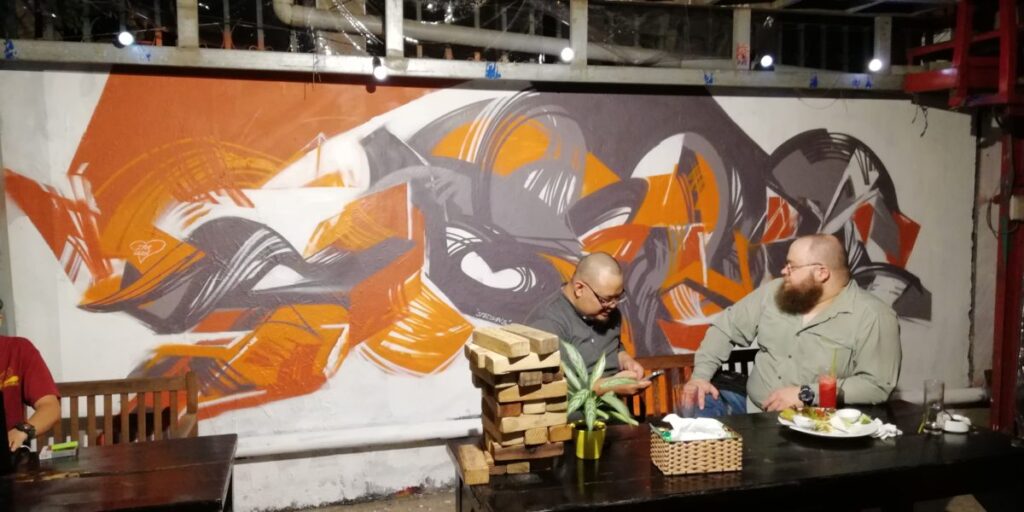 I travelled Viet Nam for two months in 2018 and went from the south (HCMC) to fly out of Hanoi at the end of October.
As an artist, I have seen my contemporaries doing #spraycation, meaning that they travel and paint, and thought about combining the trip with some painting as well, if possible.  I often think that the idea of doing artwork is, in a way strange, since you:

I travelled without any plans, having only booked 4 nights in Ho Chi Minh City, but found a painter, who led me to the NC STORE in HCMC and the very kind manager of the shop.

Having stayed a few days in HCMC, doing the tourist trap things, entering and being at the shop, filled with markers, caps, cans, sketchbooks, tags and canvas work, it was like entering a secret playground, a hideout, a safe place. I had previously done a few walls, both nationally Greve (LINK) and the wall in Gothenburg, so I wanted to keep the momentum.

We exchanged stories, browsing through sketches, and letter studies. I was indeed looking for an option to paint a legal wall in HCMC and it turned out it was doable.

The spot was SaigonOutcast, a Saigon Outcast-Alternative Events Venue Saigon, and I was offered a space. I always try to convey different themes or ideas, when I paint, it can be Jago/yoga, dharma/karma or Being/Begin, or even when I make canvas work.
Being a backpacker in Vietnam, visiting Nui Ba Den,  following the plastic trail, taking local buses on noisy, bumpy roads, meeting fleeting contacts through the eyes. I was inspired to write “stedsans”, which means:

I sketched out the danish word SANS, (but if you are interested in typography, SANS as in SANS-SERIF) which is both substantive and a verb, and choose the colours illustrating the sandy, reddish, orange colours from the city vibe. 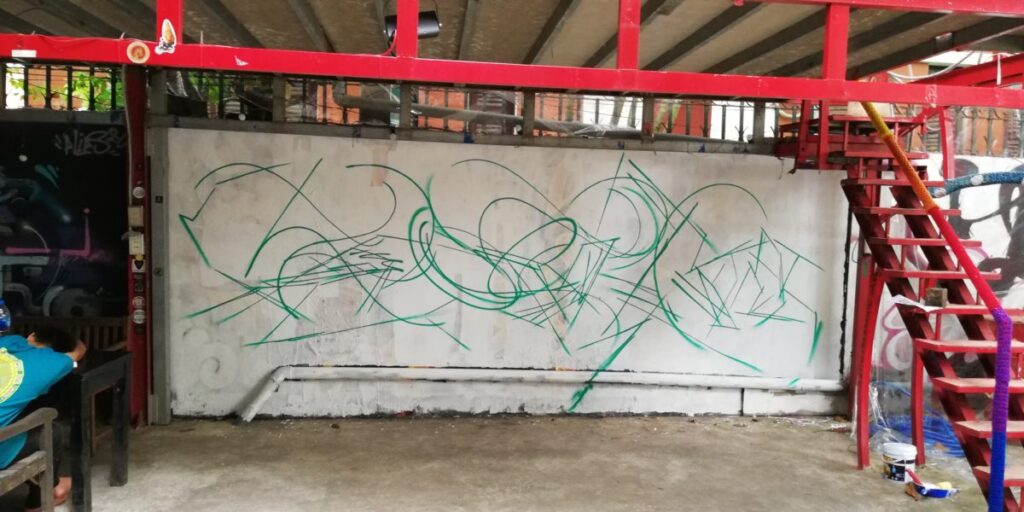 I could not use the tools or the method, that I was used to, so it became a few hasty first lines, starting NOT from the first letter, but from the letter N (3rd letter) and then worked outwards.
After 5 hours it was an accomplished work, covering new approaches for me, and I was lucky to get a shot of the manager of the place, merging in with the background colours. It is always very inspirational to paint and do artwork abroad, it’s like you have more freedom, leave the conditionings and the expectations from your peers at home. 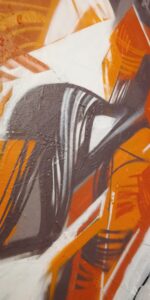 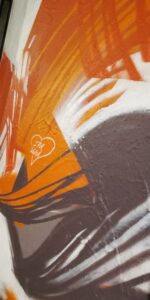 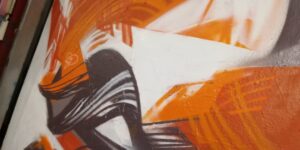 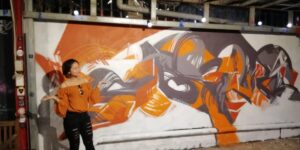 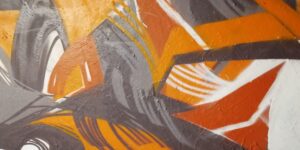 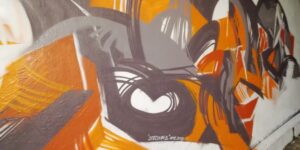 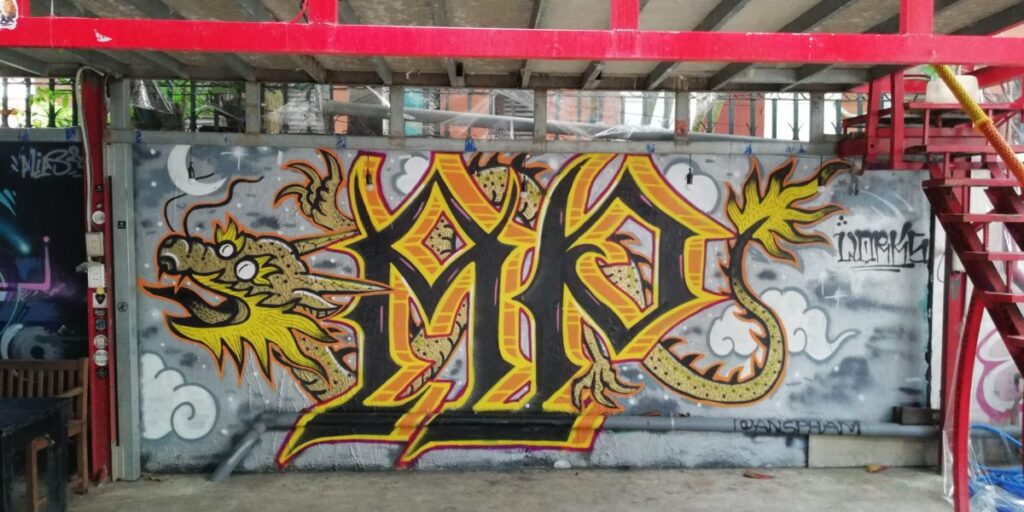 Do you have a wall space in your restaurant, office or would you like to have a unique wall painting in your home?  – Then send me a mail for starting a dialogue!